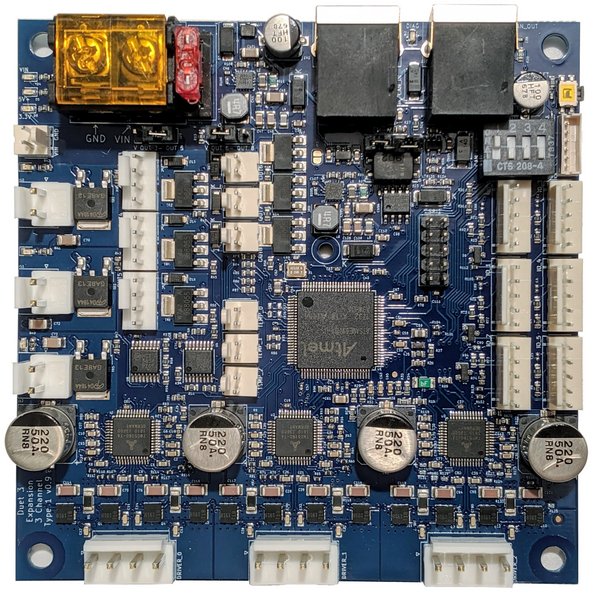 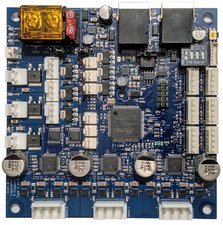 The Duet 3 Expansion 3HC board connects to the Duet 3 CAN-FD bus and provides 3 high current stepper driver channels, along with heaters, fans and GPIO.

Connectivity to the Duet 3 Mainboard is over the CAN-FD Bus. 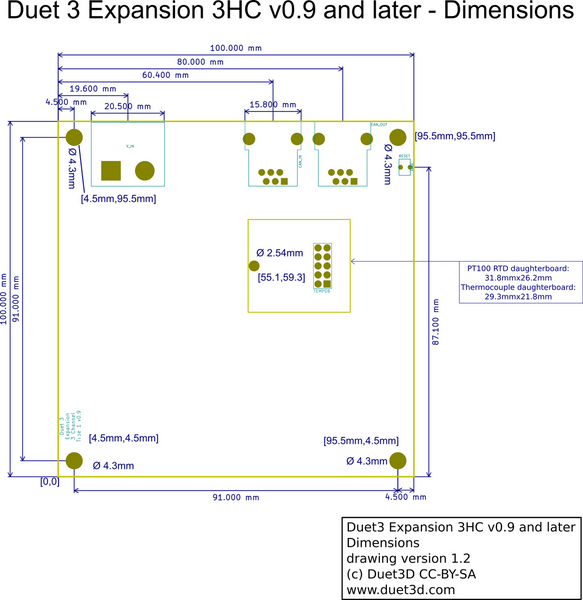 DC42 conducted thermal tests on the drivers running at 4.45A RMS (6.3A Peak) per phase:

For a description of the connections provided, see the Duet 3 Expansion 3HC Wiring Diagram

For a description of the LEDs on the board, see Duet 3 Expansion 3HC Wiring Diagram

There are 6 IO headers on board. Each has an input and output along with 3.3V, 5V and Gnd supplied. This enables them to support a wide range of endstops, probes, filament monitors and future low bandwidth devices. 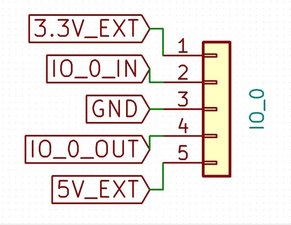 RepRapFirmware 3 can be configured to map these ports to the appropriate functions as required.

These voltages are divided for internal and external use. with external 3.3V and 5V going to IO and other headers, and external 12V if provided to the low current fan voltage selection pins.

Max 12V current: The two banks of Low Current outputs (OUT3-5, OUT6-8) can be separately selected to be powered by either VIN or internal 12V. Total 12V fan current draw must not exceed 800mA.

The Duet 3 Expansion 3HC has a 4-bank DIP switch to set the address. The CAN address is set by the switches as follows:

I’m desperately in need of 2 Duet 3 Expansion 3HC’s where can I get them?

How to connect a laser filament monitor?

You write that there is support for duet filament monitors, but when i want to configure it with

Error: M591: Remote ports not yet supported by this command

Monitor and extruder drive is connected to the same extension board.

ok, i get it. I wanted to build a corexy with tool changer and connect the axes X,Y,Z1,Z2,Z3 and U (for tc motor) to the mainboard and all other extruders to the extension board(s).

I wanted to use stall detection for X and Y to detect layer shifting problems while printing, but i think its the lesser evil compared to the other workarounds.

Hopefully any of the limitations is fixed in the near future.